What are Bioidentical Hormones? BHRT in Rolesville, NC 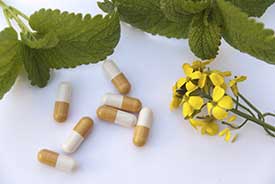 Before you can truly grasp the concept of bioidentical hormones or bioidentical hormone replacement therapy (BHRT), it's best to begin by establishing the definition of “hormones.” Hormones are chemical messengers the body sends out to control a variety of functions and processes. They are secreted into the blood stream through the endocrine glands, like the:

Once hormones are secreted from these glands, they bind to receptor sites where they induce chemical changes. These changes allow hormones to control such bodily functions as:

Hormone imbalance is more common than most people think. Unfortunately, this is an issue that is often ignored or misidentified. Most people fail to make the link between physical or mental changes and hormone deficiency/imbalance. This may lead to certain symptoms going untreated. This often includes symptoms such as:

Another key benefit of BHRT is that the treatment is custom-tailored to your hormone levels for maximum effectiveness. It is, in part, because of this, that BHRT has yet to be approved by government regulatory authorities. It becomes infinitely harder to test for safety and effectiveness when each treatment and condition are unique to the patient.

The lack of solid scientific support of BHRT's safety over traditional HRT has fueled a great deal of debate over its use. However, much of the research that does exist regarding the safety of BHRT points to it being safer in the long-term.

Bioidentical hormones are widely delivered via injection. However, the implantation of a hormone pellet which releases hormones over an extended period is an option that is becoming increasingly popular. The popularity of pellets may be due in no small part to the fact that pellet therapy extends the intervals between treatments to once every 3-5 months.

Balancing your hormones with BHRT may help treat a wide variety of symptoms and conditions. Some of these include:

Bioidentical hormone replacement therapy is a treatment worth considering when struggling with these conditions. It is believed to be a stronger, healthier and safer approach to getting your hormones back on track. Learn more about BHRT treatment options today! Call (919) 301-0841 or contact Dr. Bhavna Vaidya-Tank online.