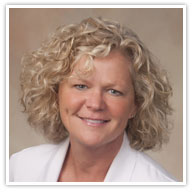 Cortisol is a steroid hormone produced by the adrenal gland. It is known primarily for its involvement in stress reactions. Cortisol also plays a key role in regulating weight, blood pressure, and immune system function . The ratios of estrogen to testosterone and DHEA to insulin are influenced, in part, by cortisol. Cortisol carries out many of its roles in the body by activating and stimulating a number of regulatory processes. Its catalytic methods and diverse responsibilities set it apart from other hormones.

Cortisol imbalance may also negatively impact the balance of other hormones in the body. The adrenal gland loses its ability to produce cortisol over time. This often leads to symptoms such as fatigue, hypotension, insomnia, hypoglycemia, and low libido . Fortunately there are treatment options for those suffering from cortisol imbalance.